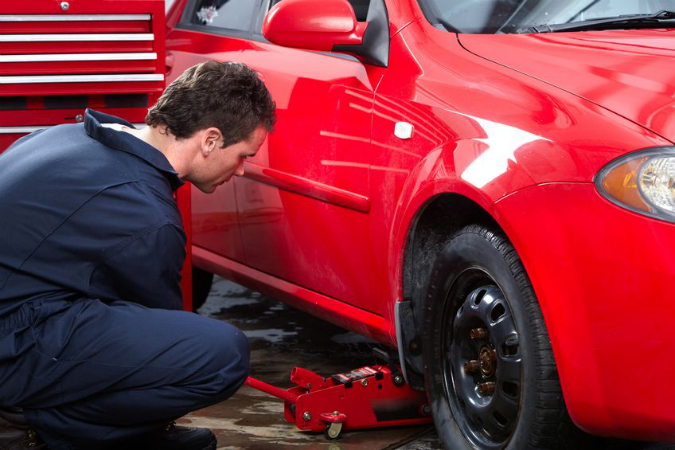 If your car is dented up, you may be wondering how you are going to fix it. Paintless dent repair is one solution offered by body repair technicians, but it is something that is not widely understood. What does paintless dent repair mean? It is a procedure that uses specialized tools to apply pressure to the back of the dented panel, removing the imperfections. Applying a device to the exterior of the panel and pulling the dent up is also possible. This allows the technician to restore the appearing without needing to refinish the surface area.

When to Use It

This method of dent repair isn’t always an option. It can be used to repair hail damage or other dents that have not compromised the finish. The technician needs to have access to the backside of the dent. Some repair technicians will drill holes for access, but in this case PDR is not recommended.

Where It Is Offered

There are many places that offer paintless dent repair, locally and nationally. There are also a lot of places that offer training and support to technicians who do not know how to do this procedure and would like to learn. In the case of a large hailstorm with many hail claims, national companies may send “response teams” to work out of temporary locations and perform repairs using this technology. Paintless dent repair, when applicable, is preferred among some car insurance agencies as it is less costly and does not take as much work.

There are other benefits to using PDR to remove dents on your vehicle. There are no fillers and no sanding, making it environmentally friendly compared to other methods of repair work. It also takes significantly less time and less money to repair a dent this way, since there isn’t nearly as much work involved.

The first step to repairing your car is to access the damage done. This includes the location and size of the dent, as well as how to best access the dent. This helps not only determine whether PDR is an effective method of repair, but also determine the estimated cost of repair to share with the customer. Next, you need to gain entry to the dent in order to get a better look as well as get the pressure in to work it out. This involves special tools that either pull the dent back out or put pressure on the back of the dent to pop it back into place. The whole process can be done in one day. For more information, please visit us.